What is Joint Replacement?

Joint replacement surgery, also known as Replacement arthroplasty, is a type of orthopedic surgery in which a dysfunctional surface of a joint is replaced with an orthopedic prosthesis.

Joint replacement is considered a definitive treatment when less-invasive therapies do not alleviate severe joint pain or dysfunction.

It is a form of Arthroplasty often indicated for various joint diseases, including osteoarthritis and rheumatoid arthritis.

How Does it Work?

Joint replacement aims to restore painless motion of a joint and also restores the functioning of the ligaments, muscles, and other soft tissues of the joint that controls it.

Joint replacement surgery is becoming popular, with knee and hip joints being replaced most often.

Joints that can be Replaced: 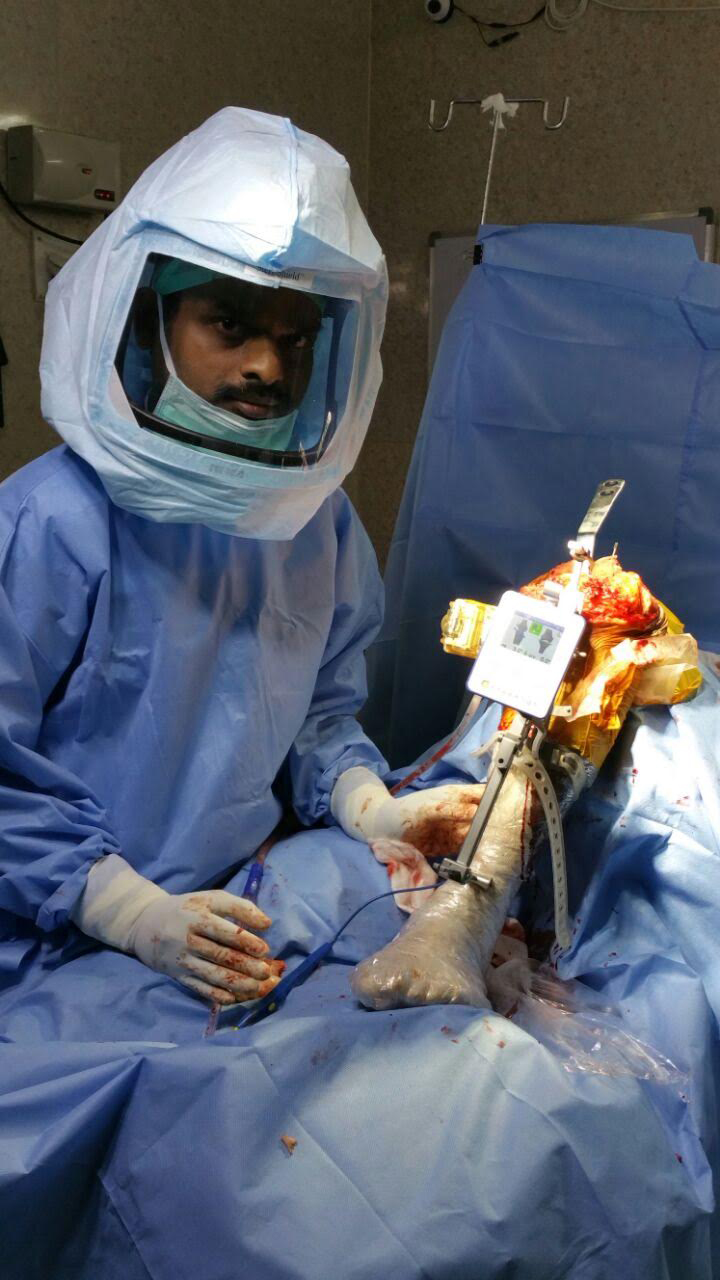 Based on whether doctors attach Replacement joints to the bones with or without cement.

What are the Diagnostic tests for Joint Replacement?

Before major surgery is performed, a complete pre-anesthetic workup is required. In older adults, this usually would include:

What is the Procedure for Joint Replacement?

Joint Replacement surgery is done under general anesthesia. During the surgery, the damaged cartilage and bone are removed from your joint that is to be replaced and is replaced with prosthetic components made of metal, plastic, or ceramic.

The prosthesis now mimics the shape and movement of a natural joint. The bones of the joint are realigned so that the weight is equally distributed.

Total Knee replacement, also known as knee arthroplasty, is a surgical procedure performed to replace the weight-bearing surfaces of the joint to relieve pain and disability. It is most commonly performed in patients with osteoarthritis and other knee diseases such as Rheumatoid arthritis and Psoriatic arthritis.

The surgery involves replacing the diseased or damaged joint surfaces of the knee with prosthetic components made of metal and plastic, shaped to allow continued motion of the knee.

Total Hip Replacement (THR) is a procedure for treating arthritis of the hip, causing considerable pain and loss of movement.

Hip replacement surgery is a procedure in which the hip joint is replaced with a prosthetic implant.

Total Hip replacement surgery replaces the upper end of the thighbone with a prosthetic metal ball and resurfaces the hip socket in the pelvic bone with a metal shell and a plastic liner so that a new ball and socket joint is formed, which allows the continued motion of Hip joint.

What can you Expect after Joint Replacement Surgery?

Most patients will experience temporary pain in the replaced joint because the surrounding muscles are weak from inactivity. This pain resolves in a few months. The body will be adjusting to the new joint, and the tissues are healing.

Early mobilization of the person is thought to be the key to reduce the chances of complications such as Venous thromboembolism and Pneumonia. It would help to mobilize people as soon as possible and ambulate with walking aids when tolerated.

Physiotherapy is used widely to help people recover function after joint replacement surgery. A graded exercise program is needed initially. The patient’s muscles take time to heal after the surgery; exercises for the joints’ range of motion and ambulation. Later, when the muscles have healed completely, the aim of exercise expands to include strengthening and recovery of the joint’s functioning.